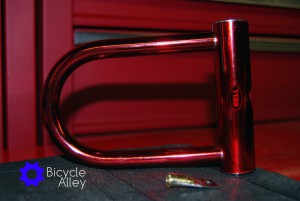 I found a Bell Catalyst 200 Mini Bicycle U-lock in Walmart marked down from $11 to $2. It was marked down because someone opened the package and lost the keys. I purchased the lock and took it home, and was able to pick the lock open and determine the key code. With the key code I was able to make a key and have a working bicycle lock. The Bell lock uses a tubular key lock and requires a tubular key to operate. Tubular locks are vulnerable to picking, but require a special tool to pick open. In my opinion most people won’t have this tool or know how to use it, so a cyclist last worry should be about a thief picking the lock. Also, picking can be time consuming and is not always guaranteed to work. The last thing a thief will do is use a method that is not guaranteed to work or takes a long time. Thieves are more likely to use a brute force method to bypass a lock, which means they will either break it open or cut it open using a cutting wheel or saw.

The Bell Catalyst 200 is a mini u-lock, which means it is smaller is size than your typical u-lock. Its small size makes it easier to transport. The shackle inside length is 5 inches and the width is 3 inches. The lock weighs 700 grams or 1.5 pounds. The shackle diameter is .54 inches. The lock is covered in a plastic coating making it less likely to scratch your bicycle, and the plastic coating comes in different colors. The Bell Catalyst 200 I purchased is red.

I would rate the Bell Catalyst 200 as providing low security. Its a low end bicycle lock with a retail price of around $10. Locks in this price range use softer metals making them more vulnerable to cutting and breaking. Cable locks also provide low security, but I would consider the Bell Catalyst 200 slightly better than a cable lock since it is not vulnerable to cutting with a small pair of dykes. Cable locks can be cut with small cutters that will fit inside your pants pocket, but these same cutters will not cut the Bell Catalyst 200. So why would any cyclist want a low security lock? Most low end locks will sacrifice security for cost, which makes them lighter and easier to transport. They are great for quick stops where your bicycle never leaves your line of site. For example, stopping at a convenience store, or your local coffee shop. The lock will prevent someone from quickly grabbing your bicycle and taking off. If a thief did try to take your bicycle you would quickly notice it and have time to stop them. I would never use this lock to secure my bicycle for any extended period of time regardless of the location.

The same thing that makes the Bell Catalyst 200 U-lock easy to transport also creates problems. Its small size sometimes limits which part of the bicycle you can attach the lock to, and what you secure the bicycle to. The inside shackle length and width of 3 inches by 5 inches doesn’t provide much room. Because of the lack of room you sometimes need to push your bicycle against the object your securing the bicycle to, which makes your bicycle paint vulnerable to scratching. The best way to use a u-lock is to put your frame, rear rim and whatever your securing the bicycle to inside the u-lock shackle. This is impossible with the Bell Catalyst 200 u-lock because you only have a 3 inch by 5 inch space to work with. However, you can put the shackle around your tire and rim located inside your frames rear triangle and lock your bicycle that way. This is probably the second best way to use a u-lock. 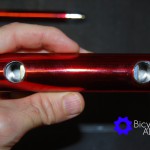 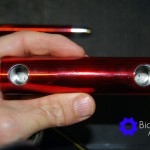 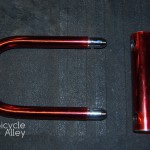 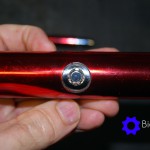 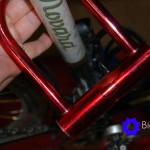 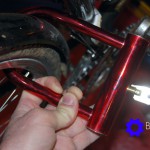 Rear Rim And Tire Inside Shackle 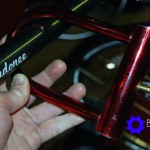 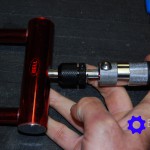