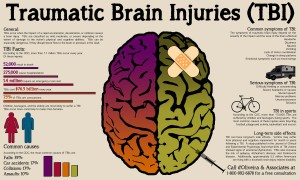 I am not against wearing a helmet, but I am against mandatory helmet laws. I think it should be up to the individual rider to evaluate the risk of injury for their own personal circumstances. Its one thing if you’re riding mountain bike trials on steep jagged rocks and quite another if you’re riding in a neighborhood where the speed limit is 25 mph, with low traffic, and practically zero risk of head injury.

I think everyone would agree helmets can prevent head injuries in certain circumstances, but aside from laws, whether or not a person puts on a helmet depends on them weighing the risk of injury with convenience and comfort. I would much rather see a cyclist balance this risk for their own situation, than some big government politician who has never ridden a bicycle.

Cycling is an activity with a low risk for injury, and a healthy activity that prevents disease, death and prolongs a person’s life. When Australia made it mandatory for every cyclist to wear a helmet, some people stopped riding; especially woman because helmets mess up your appearance, and we all know how important that is to a woman. Than fewer men were riding because there were fewer woman riders, and we all know how important woman are to men. If cycling prevents disease and improves the quality of life, and fewer people are riding bicycles due to helmet laws, than do helmets laws really save as many lives as we think?

Another popular argument for mandatory helmet laws is lowering medical costs. If you lower the number of injuries and severity, than you lower medical cost and the burden for tax payers, but if this cost is so significant and important, than why aren’t there helmets laws for other low risk activities? The medical cost for injured pedestrians from crossing the street is far greater than the medical cost for injured cyclists. There are far more pedestrians than there are cyclists. For example, in one year 268 pedestrians and 10 cyclists were killed in NY from car collisions. If you ask the same people who support helmet laws if they are in favor of a woman’s right to choose, the majority of them would say absolutely, yes. They have no problem giving a woman the right to choose to abort their children, even though you’re guaranteed to lose at least 1 human life, and the medical cost associated with abortions is far greater than the cost due to cycling injuries. Why do they have such a problem giving a cyclist the choice to wear a helmet? Every year in the United States a few thousand cyclists lose their life, but every year abortion kills over 1 million babies. If I choose to not wear a helmet and I get hurt, my choice doesn’t affect anyone other than me. If a woman chooses to abort her child, than her choice kills her baby. How many helmet law advocates use the cost argument for mandatory helmet laws, yet support illegal immigration? What is the true cost for our society for allowing people to illegally flood across our border who can’t speak English, don’t have a high school education, have no skills and have no job or money? The medical cost for sick illegal immigrants that show up at our hospitals requiring medical care must be in the 100’s of billions? Politicians who support helmet laws won’t bring up this issue because they either don’t care about the cost, or for fear of being called a racist. The truth is medical cost from cycling injuries is not important, or the amount of dollars significant when compared to other costs in our society. It’s just a tool used to push for helmet regulations.

I do believe mandatory helmet law advocates are sincere in their intentions to help others, but I also think they are arrogant and think cyclists are stupid and need help to make the right decisions. They are also hypocrites by choosing reasons to support one thing, than contradicting themselves is support of something else. They should help educate others on what they think are important reasons for wearing a helmet, but butt-out and mind their own business when it comes to forcing their opinions on the rest of us. Like I said earlier, choosing to wear a helmet comes down to weighing the risk of injury against convenience and comfort. I think that decision should be up to the rider, because everybody’s circumstances are different, and what is high risk for you might not be risky for the other guy. Who better to evaluate the risk than the person doing the riding and receiving the injury. If things keep going in this direction, than they might try and outlaw large soft drinks to keep us healthy. Who knows what’s next….